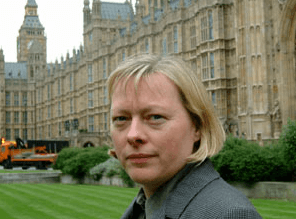 I get an increasing number of complaints about the reliability of the bus services which are still running. All too regularly, timetabled services simply do not show up leaving people stranded and late for work. The 423 which runs from Seacombe, Liscard Leasowe and Moreton to Arrowe Park, the acute hospital which serves Wallasey, is notoriously unreliable. Its unpredictability leaves patients late for their appointments and staff late for their shifts. Often scheduled services which are not full, sail past a queue of passengers without even bothering to stop. The 433 is a particular culprit in this respect. This is presumably because they are running late and need to avoid those fines from the traffic commissioners.

Mr Speaker, what on earth is the point of a bus service which fails to pick up its passengers simply to minimise the liability to fines for the operator?

There is little wonder that the latest figures show that bus passenger usage in Merseyside is falling. However, the cost to the public purse of paying for this worsening service is rising. Unsurprisingly, the profits of Arriva, which seem to be all they really care about, are rising too. On a turnover of £58.5 million Arriva Merseyside made a tidy operating profit of 8.4%. As well as significant capital inputs through the local transport plan, Merseytravel contributed £66.3 million from its revenue budget to the bus operators last year. There has been an increase in the past few years in the supported network from 15% to 20% of the total cost. Whilst there was a fall in commercial patronage of 1.6% last year there was a rise of 7.3% in supported usage. There is no clearer indication that providing a public service does not feature in the calculations of the bus operators. Making big profits does.

Merseytravel are now spending £19.2 million a year to maintain an inadequate bus network rather than working to improve it because they have to keep re-introducing socially vital routes which have been abandoned as unprofitable by Arriva.

Fares have been going up too. Rises triple the level of inflation have led to the unacceptable result that bus passengers living on modest incomes in Merseyside pay between 8- 9% of their disposable income towards travel each month compared with the UK average of 5.6%. There is increasing evidence that these unacceptably high costs are actually preventing people taking up education and training opportunities or even jobs. This cuts across the Government’s central and increasingly successful efforts to increase job opportunities for all. Merseytravel have tried to help by introducing their ‘job link’ services from pathways areas to key employment sites at unsocial hours for a low fare. But the 1985 Tory Transport Act means that no strategic planning of bus networks to ensure social objectives and meet people’s needs is possible.

High fares impact most on those who are least able to afford it and have no choice but to try to use buses because they do not have access to a private car. Outside of peak hours or at weekends their options are now severely limited. The behaviour of the bus operators in Merseyside has constantly undermined all Merseytravel’s attempts to put its bus strategy into operation.

In the public consultation on their bus strategy for Merseyside, Merseytravel asked passengers about what they wished to see. Three quarters of them wished to see reliability improved. Half of respondents felt that cheaper fares, through ticketing and longer hours of operation were vital. 90% felt that deregulation of services must be reversed and that Merseytravel should have a much greater role in planning and controlling the network and the timetable.

So what should be done?

In the short term I recognise that the disastrous Tory deregulation of bus services cannot be reversed without primary legislation though I believe that this should be a Labour priority in a third term. I also recognise that Labour’s Transport Act 2000 created the possibility of quality partnerships between PTEs and bus operators in an effort to improve the quality of services. Unfortunately, these have largely failed. Whilst the public sector has fulfilled its side of the bargain often investing a great deal of money improving local road infrastructure, the Audit Commission has pointed out that bus operators have given little back in return.

According to the Audit Commission:

PTEs and Local authorities have typically contributed four times the level of investment that bus operators have put in.

Only half of those involved thought quality partnerships had worked well.

I believe that the time is now right to pilot Quality Contracts which are allowed for under Section 124 if the Transport Act 2000. This can only be done if Passenger Transport Executive’s are satisfied that this is the only practical way to implement their bus strategies. I can tell my Hon Friend that the recent behaviour of local bus operators has convinced Merseytravel that a quality contract is the only way forward.

A pilot quality contract in Merseyside would allow Merseytravel to:

Decide what bus services should be provided and to what standards including fare levels, frequencies and timetables.

Grant operators exclusive rights to provide services to Merseytravel’s specification and standards.
And, secure these by tender with operators.

Merseytravel is a well organised and well run Passenger Transport Executive. It is strategic, forward thinking and proactive. I believe that Merseytravel could demonstrate that even under the current legislation there is a way of achieving much better value for money and a much better bus service for my constituents who desperately need it.

I urge my Hon Friend to grant Merseytravel’s wish to pilot quality bus contracts. Labour’s National Policy Forum recently endorsed the introduction of quality contracts as a way forward. Give Merseytravel a chance to show the way and let them create a high quality, reliable bus network fit for the 21st Century. My long suffering constituents deserve nothing less.